Lewis always felt fortunate to have health insurance through his employer during the years he worked as a truck driver in Seattle and Olympia, Wash. 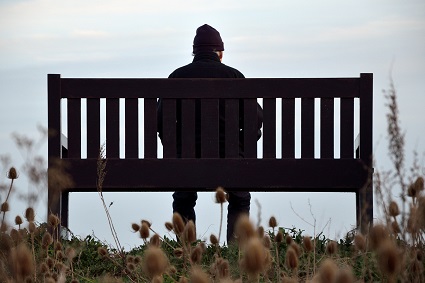 Now 70, Lewis is retired and living in Walla Walla in eastern Washington, where he enjoys the sunnier climate and slower pace. But a couple of years ago, he recalls, his life turned upside down when he was rushed to the hospital emergency department, and then to the intensive care unit, with symptoms that were soon diagnosed as prostate cancer.

While he was absorbing the shock of his diagnosis, Lewis also discovered that his Medicare coverage and small monthly income from Social Security would not be nearly enough to cover the medical bills for the tests and treatment he required.

Even though he lives frugally, “There was no way I could afford it all, even if I made monthly payments for the rest of my life,” he says.

Most of Lewis’s savings had already gone to pay for his father’s cancer treatment years before. Now that he needed cancer treatment himself, Lewis had no savings left to cover the gaps in his Medicare.

Fortunately, the hospital’s financial counselor, Susie, was able to help him enroll in Medicaid to supplement his Medicare coverage. So far, Medicaid has paid all of Lewis’s copays, coinsurance and deductibles not covered by Medicare.

Susie’s help has been a great relief for Lewis throughout his many months of cancer treatment. It’s not only the Medicaid coverage, but her ongoing support that has made the difference for him.

“I don’t know if people realize this, but with radiation treatment you come out lightheaded, and your concentration is shot,” he says. After a pause he adds, “I talk to Susie and she does the paperwork. Without her help, I would have no idea what to do.”