Kate, a 43-year-old mother of two, is grateful for Medicaid coverage during a difficult time in her life. With a master’s in art administration from the Sorbonne in Paris, she lived in France for many years, where health care is inexpensive and available to everyone. When she moved to Portland, Oregon, for a job in the art world, she knew she wouldn’t get rich in the field, but she always assumed health care coverage would be within reach. 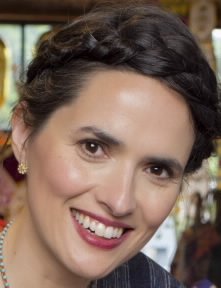 That all changed in 2016. Her husband left, and Kate found herself struggling to make ends meet. As a part-time, self-employed professional, she wasn’t earning enough to support her family. She didn’t qualify for employer insurance, and she didn’t make enough money to afford private insurance. In addition, Kate was still paying off bills from the birth of her younger daughter only a year before.

In January 2017, Kate and her daughters joined the Medicaid program. It was a huge relief. Knowing that their primary care needs were covered, she was able to focus on finding a higher-paying job.

“Medicaid has been amazing just as a stopgap for us,” Kate says. “It was really able to give me a feeling of security during a time when I wasn’t sure.”

She’s now awaiting final funding for a new job as a community engagement director. Once she is employed full-time with benefits, Kate plans to move herself and her two young girls off Medicaid. But she will be forever grateful for the safety net it provided – even if the need for the coverage was a surprise.